We headed to Mike Nagoda's CD release party for "Outside the Box" in Toronto.  The CD was actually released in January but had to be cancelled until now because of the pandemic.  D'Arcy played bass on the album and wrote many of the bass lines.  I am so proud of D'Arcy.

Mike had asked D'Arcy to play bass on two songs at the party, "We Gotta Party" from the new album and "Path Of Needles" from "Parliament", the first album.

I am so proud of all who played on this album.

When D'Arcy and I started travelling he was replaced by Gram Whitty.  Peter Johnson, the guitar player, moved to BC so Fabio Dwyer replaced him in the band.  So, the "Spectrum Blues Band" now consists of Gram on bass, Fabio on lead guitar, Jeremy Ronson on drums and, of course, Mike on double slide guitar.  Besides D'Arcy, Chris Birkett, The producer of the CD, also had a guest spot.

We had a good time meeting up with old friends both in the band and in the audience.  Then D'Arcy joined the band for his two guest songs.  When Mike introduced D'Arcy he said that the bass line for "Path of Needles" was "an iconic D'Arcy Cain bass line". 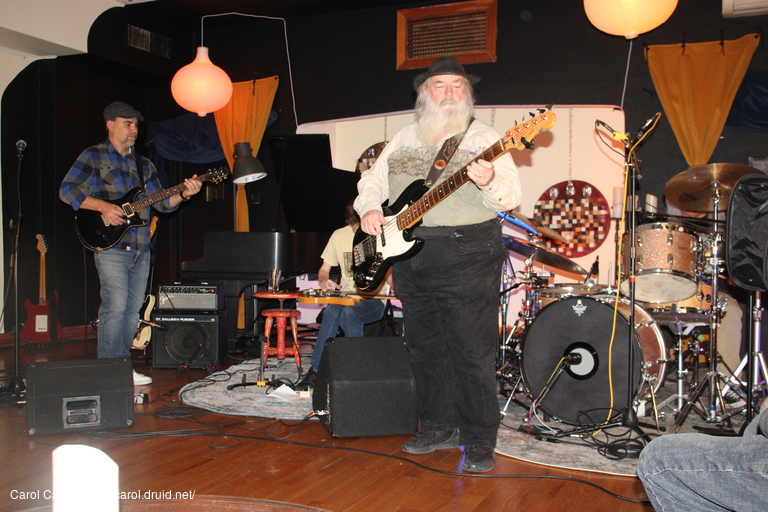